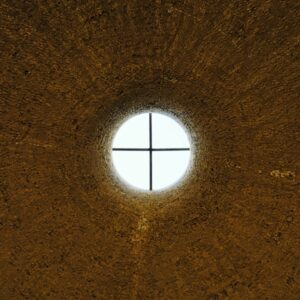 When the tech industry was witnessing the dawn of the Information Age, it would have seemed highly unlikely that they would know the extent to which the internet would come to dominate the human experience. The early days of the internet promised a mind-expanding utopia, where we could freely exchange new ideas and contemplate other points of view. However, even in those days of heady optimism, there were already a few academics who worried that this vision pivoted on too high-minded a picture of human nature. In 1996, MIT researchers Marshall Van Alstyne and Erik Brynjolfsson warned of a potential dark side to our newly interconnected world. They believed that when it came to the spread of information over a virtual platform such as the internet, individuals may form echo chambers and insulate themselves from opposing points of view.

Democracy only functions when its members believe that they have a shared stake in the collective wellbeing. The unfortunate reality today is that the democratic process globally has become deeply broken, with many members of society choosing to disengage with those who do not agree with them. Individuals across the socio-political spectrum are waging what feels like a cold war, characterized by a complete misunderstanding of each other’s ideologies and a lack of meaningful deliberation.

A decreasing attention span is an example of the internet’s paradoxical effects on our lives. We are exposed to a large amount of information on a daily basis, which causes us to not get into the depth of the information that we are consuming. Rather than exploring viable new outcomes and perspectives, we tend to seek out those that already align with our views. During my gap year before coming to Davidson, I interned at the Times of India group, South Asia’s largest media conglomerate. My exposure during that time made it clear that media outlets very evidently cater to their target audience to garner revenues. Social media networks work in a somewhat similar fashion – primarily showing us what they predict will keep us happy, sending us into a spiral where we tend to believe that our view is the predominant one.

The human tendency towards confirmation bias is not a new concept, but its acceleration due to social media has been remarkably prominent. The ease of access that social media provides has also enabled a plethora of different echo chambers to exist – one for almost every aspect of life. Whether you are pro-Lewis Hamilton’s claim to a Formula-One podium or oppose arguments against climate change rooted in religion, a social media group or chat probably exists to engage with it. The combined effect of a shrinking attention economy and the ease of accessibility these social media outlets provide allow divisions between echo chambers to run deep, creating communities that reinforce disengaged feedback loops.

The set of negative externalities associated with social media particularly affects its predominant users – Gen-Z and Millennials. According to Pew Research, an estimated 61% of Millennials garner news primarily through social media. But in the process, we tend to dilute the quality of content we consume, triggering algorithms that curate our feeds. These algorithms cherry-pick claims and ideas with which we are likely to agree and jettison information that does not appear to fit our preferences – often at the cost of accuracy and balance.

Critics of the internet believe that the ease of engagement that virtual social media outlets provide is an important factor in the creation of polarized echo chambers. As opposed to traditional forms of engagement that would have possibly required travel and additional in-person efforts, engagement on social media simply requires a few seconds of typing. During the course of one of my deliberations with the DCI, a deliberator mentioned that while they felt strongly about a certain issue, they just did not feel motivated enough to want to engage with another perspective. They credited this to the fact that everywhere they looked on their social media, they found perspectives that agreed with them – and hence assumed they were right. The convenience associated with social media is perhaps one of its greatest assets. Unfortunately, however, it has made us indolent, and averse to engaging with alternative perspectives.

Cancel culture has been a defining element of the rise of social media and the subsequent emergence of echo chambers. Molly Crockett, a leading psychologist at Yale, provides a viable proposition for why this outrage-filled ecosystem on social media has come to exist. She believes that social media creates an outrage feedback loop that becomes addictive, allowing individuals to express their opinions, which are often motivated by anger and criticism, with just the click of a button. Given that our social media profiles are primarily composed of those who agree with us, we’re often rewarded with likes, comments, and shares. It almost appears that non – participation in ‘hyping up’ a friend with a similar stance on an issue is equivalent to having a contradictory opinion. This social feedback loop reinforces our habit of expressing outrage more frequently and more readily.

In this outrage-filled media ecosystem, it’s no surprise that “calling people out” has become commonplace. While calling people out is often used to advance important social causes and promote justice for victims, it is not always as effective as those perpetrating it might believe. Crockett’s research establishes that many feel like they are pioneering change in a person by engaging in cancel culture. However, she finds that shaming them often makes these people even more hostile, resulting in further negative repercussions. Cancel culture as a concept is fundamentally contradictory to deliberation and in some cases is even driven by personal vendettas.

If we assume Crockett’s conclusions to be logical, then a viable alternative to this problem would be to increase productive, consensus-oriented deliberation. By engaging with perspectives of those whom we disagree, we might get a clearer understanding of what motivated their opinion. Even when we may still consider their perspective to be ‘wrong,’ when viewed from the lens of societal and moral standards, a deliberation-based approach, as opposed to one rooted in cancel culture, would be more productive in bringing about positive discourse. Cancel culture is rooted in a complete negation of opinions that we disagree with and barely ever yields a productive outcome. By approaching our interaction with others seeking to engage rather than just converse, we can understand each other’s perspectives better.

The DCI at Davidson College seeks to promote such deliberation with a unique multifaceted approach rooted in acknowledging humane instincts. Unlike traditional forms of engagement on important societal issues that consist of conversations where the participants are primarily concerned with establishing the validity of their argument, the DCI’s deliberative approach focuses on engaging to develop our existing outlooks rather than defeat those we disagree with.

The goal in any discussion, specifically when it concerns issues of socio-political and economic polarization, should be to keep an open mind. By doing so, we do not cloud our judgement, and this helps us gather a more informed perspective rooted in empathy. The DCI provides us with an avenue to do this, which is what makes it such a distinct and powerful initiative, in my opinion.

While the DCI is presently a new and limited initiative at the college level, I believe that the form of deliberation we engage in can set a productive precedent going forward. My aspiration is that the model it is based on is adopted further in matters of public discourse.