Building Democracy, One Conversation at a Time

Responding to Our Current Moment

Our contemporary public sphere is in crisis. We have deep concerns about our society, and yet we feel unheard and unrecognized.  We want to understand the concerns of others, and yet we are anxious about interacting with those we disagree.  Our civic life has thus become fragmented and incapable of fostering deep engagement on the issues that most animate and trouble us.

Simultaneously, our conception of citizenship has become infected by provincialism and pettiness. Instead of bringing us together around a shared sense of identity, it has been subsumed by divisive debates about “who counts” as citizens. Rather than extending citizenship as an uplifting set of fundamental political rights and responsibilities that we hold in common, we have reduced it to questions of geography, ethnicity, and immigration status.

Against this backdrop, Davidson College has initiated the Deliberative Citizenship Initiative, a campus- and community-wide project focused on the uses of deliberation as an alternative to the non-constructive cross talk that has come to dominate our public discourse.

Such deliberation welcomes rather than fears productive disagreement and good argument, which lie at the heart of intellectual and democratic life. It is based in the belief that any real, long-term progress on our society’s challenges requires public discourse that is animated by key deliberative dispositions, including open-mindedness, empathy, and an action orientation.

To learn more about the work of the Initiative, click on the image below. 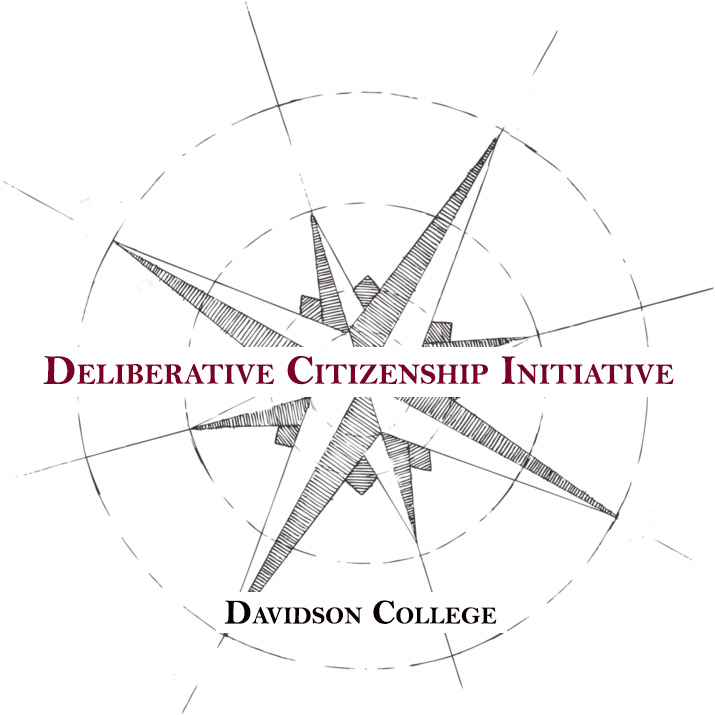