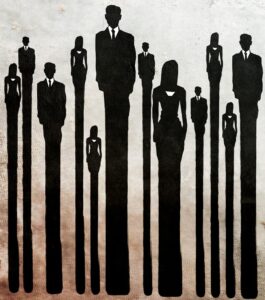 But there would be a deep irony in our deliberations about deliberative practice if we didn’t try to take a variety of different perspectives on the subject. So, I’m going to talk about deliberation by emphasizing its limits as a way of coming to a humble conception of what it is we’re doing, which I think can help us have a deeper appreciation for it and maybe even make us better deliberators.

What exactly are the limits of deliberation? This very website’s FAQ states in its answer to the question “why (deliberation) now?” that “a climate of tribalism is undemocratic and dysfunctional. If we hope to heal our civic malaise, we must learn to listen and respond constructively to those outside our own cultural groups. Deliberation allows us to do so.” Notice that we only say deliberation allows us to heal from the undemocratic tribalism of contemporary political discourse.

Deliberation is not, however, something that has the power to break down the many factors contributing to contemporary pseudo-democracy and build genuinely participatory democracy all by itself. So, it’s necessary but insufficient, just as the answer to the first question in the FAQ states: “Deliberation does not occur in a vacuum … Deliberation is a necessary but insufficient component of citizenship, and should be connected to and may co-exist with other citizen actions, from voting and organizing to protesting and advocating” (emphasis mine).

Deliberation’s being “necessary but insufficient” is all very well and good as an answer, but it doesn’t give us much of an intuitive, impactful picture of our exact limits as an organization. Let’s try to think through some specifics to get a better image: how far might we realistically see the effects of our program extending? Well, we can make ourselves and our small community: 1) genuinely more open-minded and better at listening to others’ views; 2) more persuasive in conversations with those with whom we disagree; 3) better at managing disagreement in our personal lives between family members, coworkers, etc.; 4) more knowledgeable and reflective about current issues, and so on.

While it may contribute to their effectiveness, deliberation cannot, however, do the other movements that are necessary. Deliberation cannot supply the additional acts of citizenship that are necessary for the salvaging, or the creation, of democracy. We DCI Fellows can be active citizens to the full extent that we are able, but we are individuals, and DCI is an individual organization, on an individual campus, whose cultural reach is far from universal. Even if we do literally all we can, there remains the sense that we reach a point where hoping that others will take up the cause of deliberative citizenship – and citizenship more generally – is the limit that we’ve reached. Indeed, despite all our efforts, American democracy could very well be unsalvageable. We might imagine ourselves supplying a necessary medicine for a dying patient just a little bit too late, getting there just in time to see their final tragic moments.

And if that were the case (even as we hope that it is not), what a ripe topic for deliberation it would be! It wouldn’t make deliberative citizenship be “in vain” – quite the opposite. We shouldn’t be disappointed with deliberative efforts because they didn’t save democracy, because feeling so would mean that we had inappropriate expectations of deliberation. Instead, we should appreciate that we who did all that was in our power to exercise our deliberative duties as citizens responding to the situation in the best way we could.

My image of citizenship here is perhaps a somber one, but it also a stoic one – I do not expect that I can change the external facts outside my control, only that I can control my response to them, my exercise of the duties on the citizen’s shoulders. If contemporary political discourse is to deteriorate further despite our efforts to the contrary, then we should face that possibility as yet another object of deliberative consideration. In fact, I think this view exercises the deliberative disposition of humility, in that through it we can appreciate our limitations. Facing the fact of our relative powerlessness before the tides of unpredictable social change should prepare us emotionally for the reality of what it is we’re doing – and make us better deliberators in the process.