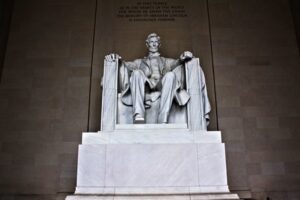 QAnon is defined as a far-right conspiracy theory and movement that is centered around an anonymous government official named Q who shares state secrets with his followers, called “anons.” These theories include ideas that the U.S. government is trafficking children, that Joe Biden is an illegitimate president, and others that encompass unvalidated information regarding Black Lives Matter, Covid-19, and recent presidential and local elections. In sum, QAnon is a haven for far-right conservatives to share their views.

I am particularly interested in QAnon because of how it is increasingly recruiting “anons” – with 15% of the nation and 30% of Republicans agreeing with many of the core ideas of the QAnon conspiracy theory. I believe QAnon continues to gain popularity in the U.S. because of a lack of humanity in politics. People are slinking into the depths of the dark web because that is the only place they feel they can share their opinions. In turn, this causes “anons” to receive confirmation that their views are right, which furthers the divide in politics between people.

When pondering QAnon, I am reminded of Abraham Lincoln’s phrase, “America will never be destroyed from the outside. If we falter and lose our freedoms, it will be because we destroyed ourselves.” Largely, I am reminded of this because of the current political climate and hostility, which is mirrored by the growth of QAnon. We shut doors on people before we even get to know them. How, like Lincoln references, democracy is at risk because we are seeing past each other, not taking the time to even talk, and forcing those we radically disagree with to the outside of society where they only become more radical. Our minds are already made up about the people around us before having an educated, respectful, honest conversation.

“America will never be destroyed from the outside.” When first hearing this quote, I could almost feel my brain fumbling this quote around, swishing it up and down to understand what it meant. My entire high school, middle school, and even elementary school career I had learned of war. I had learned of the enemy oversees and the enemies that the United States had fought. I remember my teachers always saying, “war boosts morale” or “war is great for the economy,” or even that “war is a unifying force!” I had believed that we protected ourselves from the enemy outside, the only enemy, and that one day the enemy would eventually attempt to destroy us.

As I grew up, I learned I was wrong. Our society is facing destruction from the turmoil within. QAnon continues to grow and poses a grave threat to our democracy. I reference this not because Qanon’s ideas are necessarily the enemy, but because they have receded into a world where there is no true democratic discourse. There is, instead, a political division between parties and a lack of humanity in discussions if they happen. This division and lack of humanity, empathy, and open-mindedness has created an environment that harbors groups like QAnon.

In my opinion, groups like QAnon pose a larger threat than the machine guns and the weapons of destruction that the outside world poses. While during war the country can rally unanimously under the premise of nationalism, groups like QAnon destroy the country from within so there can be no unification, but instead a turning of neighbor against neighbor. I believe that this turning against one another is more detrimental to democracy because there can be no rallying point that the nation unites against, as is commonly seen when tragedies happen and war breaks out.

“If we falter and lose our freedoms …” We are faltering. And I want to say this is good. Healthy democracies falter, healthy people fall. But it is what we do when we are faltering that matters. Do we choose to stay on the ground and bring others down with us? Or do we rise? And, most importantly, if we see someone else on the ground, do we choose to help them up, despite the fact they may not agree with us? Faltering is healthy, but the way our current nation is faltering is not. The attack on the White House on January 6th proves that we’re faltering. We’re faltering because we cannot see humanity in others; we are faltering because we don’t give people a chance to express themselves without cancel culture, backlash, or intimidation playing a part. Therefore, I believe people are taking to QAnon because we live in a society where rights and wrongs are absolute. And if you’re a wrong in someone’s eyes, then you are not worth their time.

Contrarily, I believe that the problems surrounding conspiracies, suspicions, and theories can be curtailed, but perhaps not entirely eradicated. Following in March when President Trump did not return to take the Presidency, like Q had predicted, many “anons” stopped following Q. In that sense, some people can abandon conspiracies. On the other hand, I do not think that everyone will do so because we live in a society where many of us are unable to recognize our mistakes and see the humanity in others. I think the only way to actively curb conspiracies like QAnon is deliberation and genuine public discourse. The DCI has been working towards this goal of seeing not only the issue at hand, but the humans who support it. It is working to help people overcome the challenges of a highly opinionated society by helping people relate to common goals or common moral foundations to help cure the division in our society.

“We destroyed ourselves.” Currently, I see ways in which we are destroying ourselves. I see it in the fact that actual conversation has disappeared and that we lean on confirmation bias too much, much like how QAnon allows people to stay complicit in their theories and speculation. Most importantly, we lack deliberation. If we were to start applying methods of deliberation in our broader society, I believe that we could understand each other, have a more productive public sphere, and be reconnected as a nation. When using deliberation, people can see more than the issue at hand. They understand why people formulate their beliefs, how their morals influence their beliefs, and what they care about. Deliberation helps rekindle the humanity in politics and leads to true productivity. And by productivity, I mean an understanding and a sense that despite disagreement, there is an acknowledgement that every citizen is doing their best to participate in democratic society.

QAnon and other similar radical political sites will destroy our nation if we do not invite those who are attracted to them into the public square. We have already seen how that has played out in society so far. How to do this is a challenge, but it will be a challenge that will benefit our nation. If we cannot have enough humanity to sit down and talk honestly, then we risk losing the social fabric that holds our society together. Humanity is built on interconnectedness; in fact, it is natural to disagree and argue, but the way that our society disagrees and argues is one I cannot stand by. Yelling, screaming, pitching a fit, and creating a conspiracy theorist website is not what is going to prevent destruction. It is sitting down with someone you’ve never met, someone you disagree with, someone you know nothing about and getting to know them.

I challenge you to try this. To approach someone you know, or don’t know, who does not share the same political views as you and talk to them. I tried this last week and it turns out I was able to find a shared sense that we cared about religion but also agreed that hot dogs are nasty. Though this new acquaintance and I disagreed on political matters, we found that we have some commonalities. This opportunity to connect made us aware of our shared humanity and consequently we established mutual respect, despite our differences. We connected on a level of values, not of policy or politics, but instead on whether we value care or liberty or loyalty.

This way, we were not talking past each other, but instead connecting with each other to have a genuine conversation. Humane instincts, connecting to values, and being an active listener allowed us to have a meaningful conversation because we were including what matters to us and why and listening to how we came to these life experiences … which both revolved around summer camp hot dogs. By listening to each other and connecting on a level of values, we understood one another and why we held those viewpoints. I challenge you to try this – it is difficult, but it is worth it.

Deliberation is not just about politics, it is about creating meaningful, intelligent, honest, and loving connections. It is hard, but the further we isolate politics and humanity, the more people will continue to flock to QAnon and other sites and in all, the more likely we will experience the destruction that Lincoln predicts.